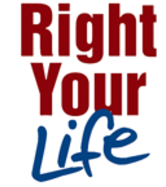 Here’s a look at SOME statistics

According to the Monmouth County Prosecutors Office, Monmouth County deaths from overdose have increased. The following statistics represent the most accurate figures as of January 2017.

781 - It’s a troubling number that just keeps on rising. In 2014, there were 781 heroin-related overdose deaths in New Jersey, according to data released earlier this year (2016) by the state Department of Criminal Justice. That’s more than twice as many as in 2010.

A recent report by New Jersey Advance Media notes that the per-capita rate of 8.3 heroin-related deaths per 100,000 people is more than triple the national rate reported by the Centers for Disease Control. In addition, heroin “now eclipses homicide, suicide, car accidents and AIDS as a cause of death in the state,” according to the report.

For years, New Jersey’s heroin death toll stayed comparatively stable, hovering in the mid-300s to mid-400s, and even getting as low as 306 in 2010. But it’s been steadily increasing ever since then.

28,332 - According to a report released by the Department of Human Services Division of Mental Health and Addiction Services in May, last year (2015), 28,332 people were admitted into substance abuse treatment programs with heroin or another opiate listed as the individual’s primary drug. That’s nearly half of the 64,766 people entering treatment programs for substances overall in New Jersey.

1,176 - In 2014, 1,176 people in Newark sought treatment for heroin addiction — more than in any other municipality — according to a breakdown of the state treatment report by Patch.com. While the top cities for heroin use were urban centers — Paterson, Jersey City, Atlantic City and Camden round out the top 5 — there are several suburban communities among the top 20. Toms River was in sixth place, with 436 reported admissions, and Brick in seventh with 426.

Central Jersey communities of Middletown and Lacey are on the list, as are Millville and Lower Township in South Jersey. Patch notes Bloomfield, “long considered one of the safest neighborhood communities in Essex County,” made its yearly analysis of the data for the first time, in 20th place

16.1% - A 2011 state breakdown found more white people, per capita, dying from drug use than blacks or Hispanics. According to the report, 16.1 per 100,000 white people died of drug-related causes — compared with 9.8 for black people and 5.1 for Hispanic people.

That wasn’t always the case — in 2000, more blacks died of drugs per capita (14.5 per 100,000 than whites (10). But drug deaths among whites have been steadily increasing, and blacks steadily decreasing — 2007 was the last time black deaths from drug-related causes outpaced white deaths.

1,000 - Nalaxone, an opiate antidote marketed under the name Narcan, was deployed more than 1,000 times in 2014, according to Gov. Chris Christie’s office.

2% - The 2013 New Jersey Student Health Survey found that 2 percent of high school students had used heroin at some point in their lifetimes. That’s about half as many as in 2001, though the figure’s held steady for several years.

15% - The 2013 New Jersey Student Health Survey also found 15% of students had attended school under the influence of drugs or alcohol during the previous 12 months.